When we looked back at our fashion week coverage, we saw that many designers stuck to their perennial favorite: the nude nail. However, there were many notable exceptions. Team China Glaze had a season filled with nail art, and expressive, colorful manicures.

Lead manicurists Naomi Yasuda and Casey Herman created some of our favorite looks from the entire season.

At Opening Ceremony, Naomi and team presented the “Check Mate” nail. A checkerboard print in several colorways, the bold graphic nail enhanced the eclectic cultural influences in the clothes. 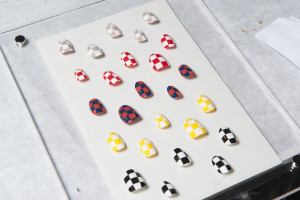 “For the nails at the Opening Ceremony show, I was inspired by a checkered pattern featured in the collection. I really loved the pattern and its retro feel, but wanted it to have modern twist so I chose to create it with neutrals like black, white and a beautiful beige from China Glaze. I then added a pop of color with the red, yellow and orange which all perfectly matched the clothing. The design is bold, modern and really wearable,” said Yasuda. 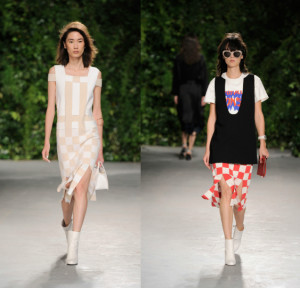 Using China Glaze shades Liquid Leather, White on White, What’s She Dune?, The Heat Is On, Happy Go Lucky, Life Preserver, and First Mate, Yasuda created a bold, color-blocked manicure that replicated a print on key pieces in the collection.

To create the design, Yasuda first painted the nails with the base color such as China Glaze White on White or Life Preserver. She then painted Scotch tape with two coats of the secondary color. Once dry, Yasuda cut the tape into small, even squares and applied individually in the checkerboard pattern to the nail, finishing the design with one coat of Seche Vite dry fast top coat.

At the DEGEN presentation, lead manicurist Casey Herman created My Little Pony-inspired nail art, which played off of the trompe l’oeil “face-melting” My Little Pony clothing and accessories. Known for her edgy and psychedelic knitwear, designer Lindsay Degen partnered with My Little Pony to present a high-fashion take on the colorful characters. 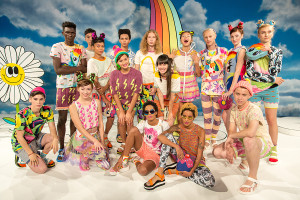 Casey Herman created a stable full of different design combinations for using a mix of core China Glaze shades including You Drive Me Coconuts, a bright pink jelly, and vibrant royal blue Sky-High Top for the Pinkie Pie and Rainbow Dash eyes that accented each manicure, respectively.

On her nail creations, Herman said, “I always love partnering with China Glaze and DEGEN for NYFW as I know the nails are going to be unique, challenging and, most of all, fun! This season was no different. My goal was to bring to life designer Lindsay Degen’s collaboration with My Little Pony through the nails which were a mixture of all things girly and bright – rainbows, cupcakes, flowers, glitter and of course loads of color which China Glaze does so well. Each model had a variety of designs accented by the eyes of either Pinkie Pie or Rainbow Dash My Little Pony and their respective ‘cutie marks’”. 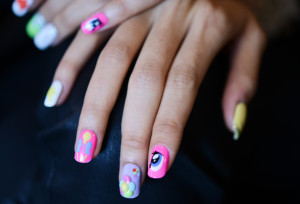 All of the shades that were used are part of the China Glaze core collection, and can be purchased at SALLY Beauty, Ulta, and better salon-supply stores to recreate these looks on your clients in the salon.We can’t wait to try these out on a few accent nails in the near future. 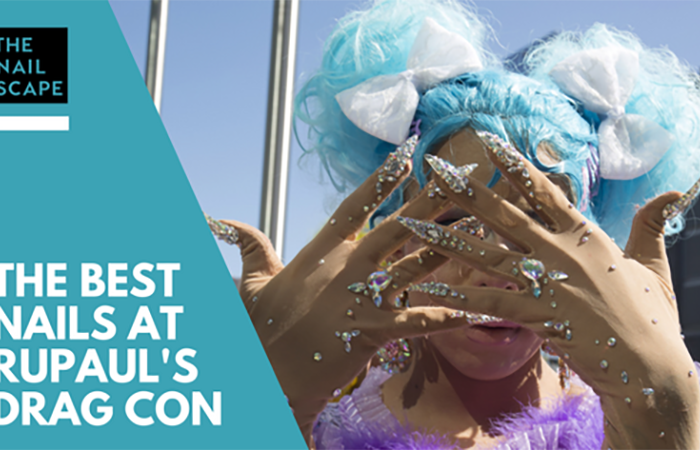 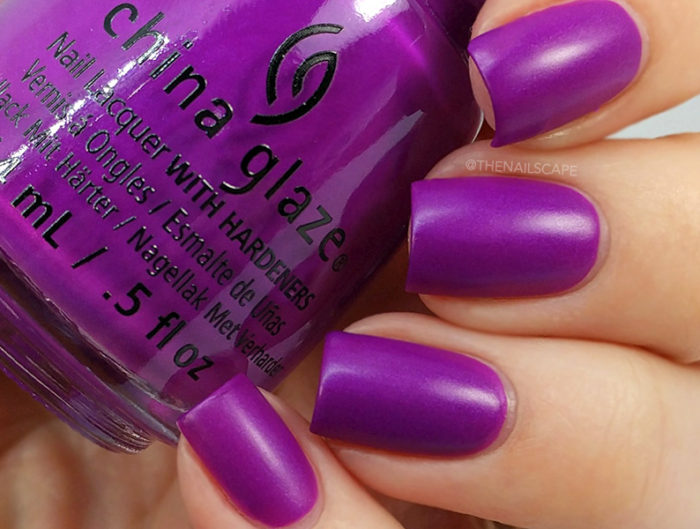 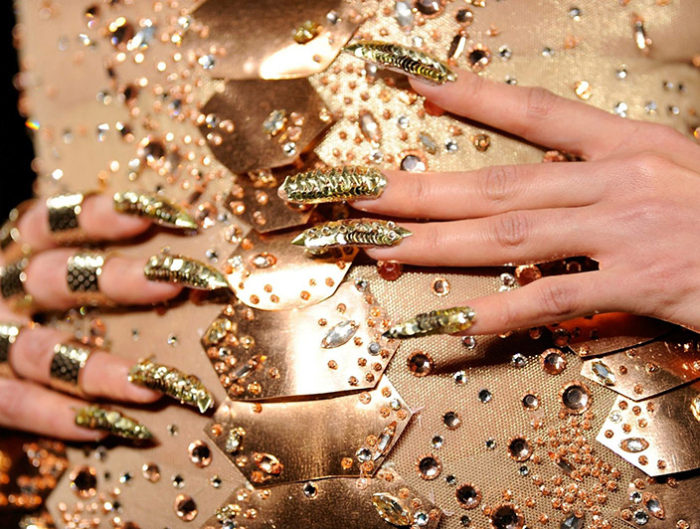